Tonight the U.S. House of Representatives passed its version of Senate Bill 483, Ensuring Patient Access & Drug Enforcement Act of 2016.  The Senate passed the bill on March 17, 2016.    Sponsor Orrin Hatch (R-Utah) introduced the bill  on February 12, 2014, and continued to championed it 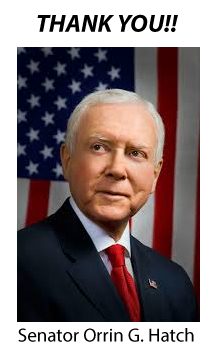 through the Senate Judiciary Committee.  A big THANK YOU for the many letters and personal contacts that were made to U.S. Senators and Representatives in response to the call to action by the National Fibromyalgia & Chronic Pain Association in February 2016.

The bill is of particular interest to patients with chronic pain and DEA registrants authorized to distribute or prescribe controlled substances (particularly Schedule II) because it:

#1  Requires an order to show cause as to why such a registration should not be denied, revoked, or suspended to:

#2  Directs the Department of Health and Human Services, acting through the Food and Drug Administration and the Centers for Disease Control and Prevention, to submit a report identifying:

The National Fibromyalgia & Chronic Pain Association is very appreciative to Senator Hatch and his Legislative Assistants, Members of the Senate Judiciary Committee, and the House of Representatives for supporting this important legislation.  We strongly urge President Obama to sign the bills into law immediately.

Error : Please select some lists in your AcyMailing module configuration for the field "Automatically subscribe to" and make sure the selected lists are enabled