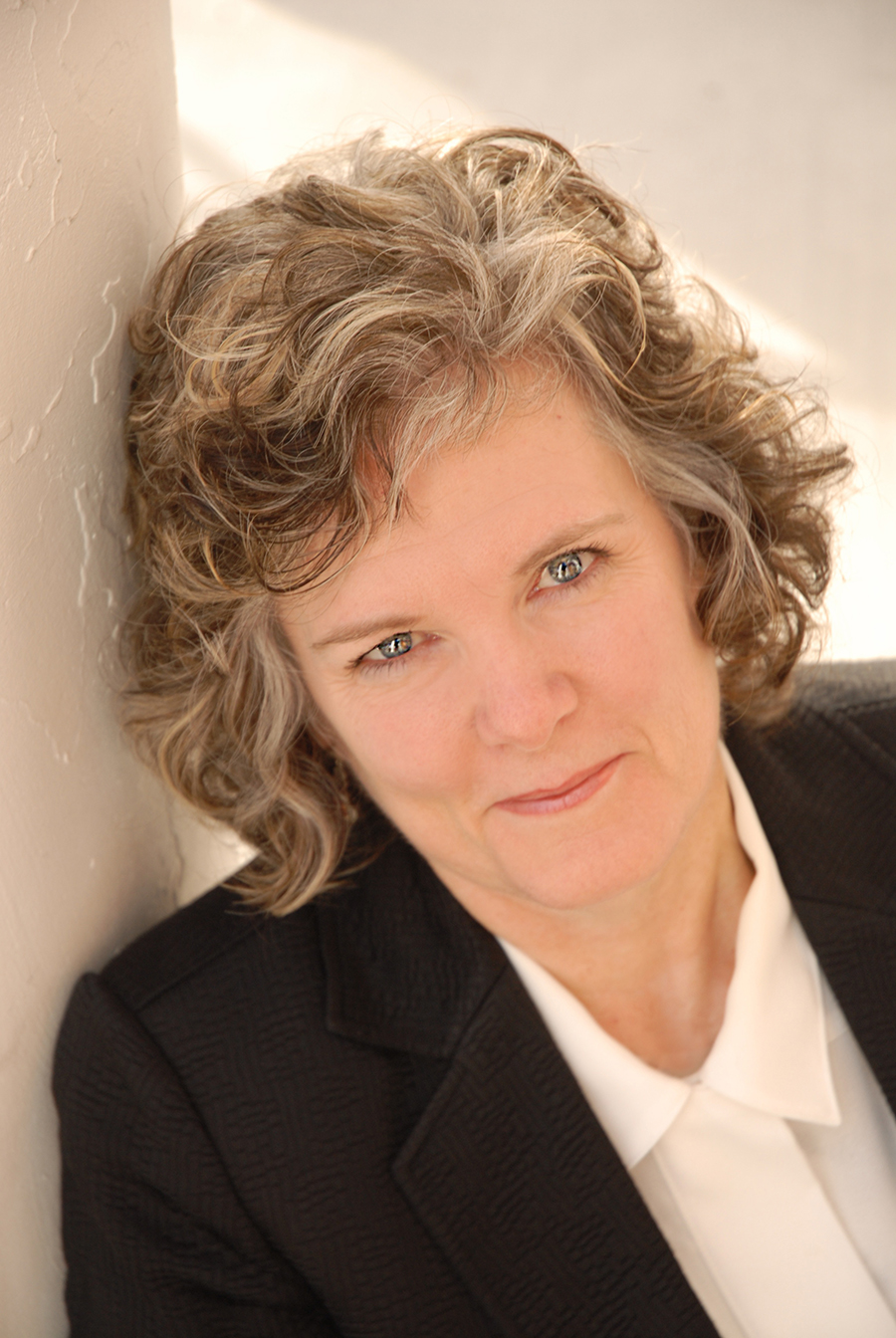 Traveling from coast to coast and beyond several times since mid-2009, I felt a connection to each city I visited.  Houston, Boston, Honolulu, Chicago, Warrenton, Paris, Seattle, NYC, SLC, Los Angeles, New Haven, Portland, London, Detroit, Pittsburgh, Hilo,  Washington D.C., New Orleans, and Charlottesville are home to people who are now part of my life.  So great!  The smiles and sharing of ideas were enriching for everyone.  I believe in finding the best in each person I meet and wishing them well on their journey.  With much appreciation for all of the fine work that has been done, let's keep moving forward.  Opportunity and challenge are two sides of the same coin.  Wishing you a more comfortable tomorrow.

Jan Favero Chambers is president of the National Fibromyalgia & Chronic Association (NFMCPA), a not for profit, 501c3 organization whose mission is to build a united patient and medical community that will execute advocacy programs regarding access to care, scientific research, diagnosis and treatment for people suffering with fibromyalgia and chronic pain.

A mother of five from Logan, Utah, who was bedridden for 16 months and was diagnosed with fibromyalgia in 2006, Ms. Chambers credits the National Fibromyalgia Association’s Leaders Against Pain (LAP) program for “changing her life” and jump starting her public advocacy efforts. After attending LAP in 2007 and 2008, Chambers founded the Center for Understanding, Research, & Education of Fibromyalgia (CURE FM). In 2009, under the direction of the NFA’s Executive Leadership, she helped co-found the NFA Leaders Coalition and became the Director,which is a national collaboration of support group and patient advocates who work towards bringing awareness, policy change and helping with access to care for fibromyalgia.

When did you first start having symptoms of fibromyalgia?

In December 2005, I woke up from hysterectomy surgery, and my world changed. I had electrifying, shocking pain going through my body, and my left leg was numb. I kept saying, “something is terribly wrong,” but my doctors told me it was just the effects from anesthesia. They kept me for several days in the hospital. When I went home, I was hurting everywhere. I curled up on the couch, and I stayed on that couch for 16 months. I had heart irregularities, metabolic syndrome and cognitive thinking problems, and three kinds of migraine headaches.

I had so much pain that nobody could touch me. I slept with 7 or 8 pillows to keep my legs and arms from touching each other. I didn’t sleep, just waiting for the hours to pass. Later, we would find out that this was all part of fibromyalgia symptoms; I had been in five auto accidents in my life, and then the surgery pushed me over the edge.  It was literally the first of many roller coaster rides.

“Nobody can have that many things wrong with them!”

I can’t count how many physicians I went to. They couldn’t figure out what was wrong with me. I typed up a two-page, single-spaced list of problems that had been developing  for the past year. They told me to see a psychologist. They told me “nobody can have that many things wrong with them!” They also told me, “We can’t address all these problems; it would take up all our time!”

On physician asked me, “What’s wrong with you, Jan? Why are you suddenly seeking all this attention?”

I was spending all this money on doctors, and they were just telling me to rest, relax and go see a psychologist! I did not understand what psychosomatic illness meant, which is what doctors told me I had. I was so crushed. I told them, “You’re wrong about me!”

I felt completely misunderstood and rejected by the medical community. Every day got more painful, and I was afraid that it would never end.  I kept thinking that a body cannot experience so many pains.  I wanted to give up, many times. My daughter was 12 at the time, and I just didn’t feel like it was fair to leave her alone. She was our youngest. I thought about my husband: If I die, if I take my life, or if I find a way to get out of this mess, he doesn’t deserve to have to rebuild his life. It felt wrong for me to do that to him. Those were the only two things that kept me focused once in a while.

I took countless blood tests, urine tests, and had MRIs, ultrasounds, regular CT and radioactive scans on all parts of my body. I lost 75 pounds. Later, tests fit the profile for MS, but it wasn’t MS. Other pre-diagnoses included lymphoma and myasthenia gravis. I was eventually diagnosed with concurrent hyper- and hypo- thyroid syndrome (Graves and Hashimotos). My internist finally said to me: The only thing we haven’t checked out is fibromyalgia. I thought “what is fibromyalgia?”

On my first visit to the rheumatologist, he stopped me 3 or 4 minutes after I started explaining my symptoms. He said, “You have fibromyalgia.”

After my diagnosis in November, I began researching about fibromyalgia on the Internet. But, I had so much brain fog that I didn’t know how to separate anecdotal stuff from scientific stuff. At that time, my eldest daughter was a second-year medical student at the University of Utah, and she told me about a doctor who would be speaking about fibromyalgia at the university. A light clicked on, and I realized that somebody was doing research and had an idea on what to do for this illness.

I attended the OFFER (Organization for Fatigue & Fibromyalgia Education Research) conference in May 2007. That’s the first time I heard Lynne Matallana speak, and the first time I heard about the National Fibromyalgia Association. She mentioned the NFA’s Leaders Against Pain program. I thought to myself, “These people have information, and I want to know everything they know.”

I applied to the Leaders program and got accepted to attend the program in Washington D.C. that August. But, I had two major surgeries for thyroid cancer scheduled for the last week of July and first week of August. The Leaders program was literally the next week! I was determined to go. My husband and son traveled with me to get me to D.C. I still had bandages on my neck when I arrived!

Leaders Against Pain: “A divine intervention”

When I left LAP, I felt there had been so much divine intervention to get me from being ready to “check out” to feeling a part of a community that understood what all this was about.  When I got home with my renewed lease on life and determination, I found ways  that helped me to get better.  As I started to get well, I wanted to create my own community, in my own area and share any resource that ever came my way with other people.

On October 13, 2007, I had the first Utah Fibromyalgia Association meeting. We met in our local police department conference room. They had the most comfortable chairs I could find in town. I put up balloons and a hand-made poster out on the street, placed a community ad in the newspaper. That was the beginning!

But, I felt that I needed more training, so the following year, 2008, I applied for the Leaders program again. At that time, I didn’t know that I was already on a short list to be considered to be a member of the NFA Leaders Coalition Executive Committee.

In 2008, I founded the Center for Understanding, Research & Education of Fibromyalgia (CURE FM) because I wanted to get science, proven treatments, and patients together.  In 2010, I renamed CURE FM as National Fibromyalgia & Chronic Pain Association, whose mission is to build a united patient and medical community to create a strong voice and organizational base to educate and execute advocacy programs regarding access to care, scientific research, diagnosis and treatment for people suffering with chronic pain from fibromyalgia and overlapping conditions.

I was also recently appointed by Senator Orrin Hatch to work with the Pain Care Forum, which is a professional organization representing hundreds of pain associations nationwide. I serve on a sub committee for training and education. I recognized that no one else was representing FM on a national level in response to the National Pain Care Policy Act of 2009 which became law in March of 2010.   The National Fibromyalgia & Chronic Pain Association is the only organization member in the Pain Care Forum representing fibromyalgia.  I take that responsibility very seriously and appreciate the ideas of thought leaders in the field so that fibromyalgia has a unified voice.  I’m very concerned about overlapping chronic pain conditions that co-exist with fibromyalgia.  They are the repetitive trauma that contributes to fibromyalgia symptoms.  The underlying pain mechanisms of fibromyalgia and overlapping conditions must be researched and understood for resolution, and then restoration of wellness can be achieved.

We continue to have much work ahead of us. The NFA and other organizations established the foundation for fibromyalgia and co-existing conditions to be recognized on many different levels, and now NFMCPA is building upon that with expanded purposes.

The FM and overlapping chronic pain illnesses community has talents and stakeholders who can help balance the many needs and changing of perceptions and ultimately resolution of fibromyalgia and chronic pain illnesses.  Collaboration among stakeholders on common goals truly matters at this historical crossroad with the National Pain Care Policy Act.   We are setting the roadmap for the future.  I value people and respect the purposes of individual lives.  I invite others’ opinions because more ideas are explored--understanding and the best solutions are found following sincere and authentic engagement in dialogue.  The patient is the bottom line—how great it will be to stand united and make a difference in people’s lives by giving them real options for a better tomorrow.  We can do it—let’s make the path of hope become a road for all to travel.

Oh, and did I say how much fun this is?  I’ve got my life back, and I love every minute of it.